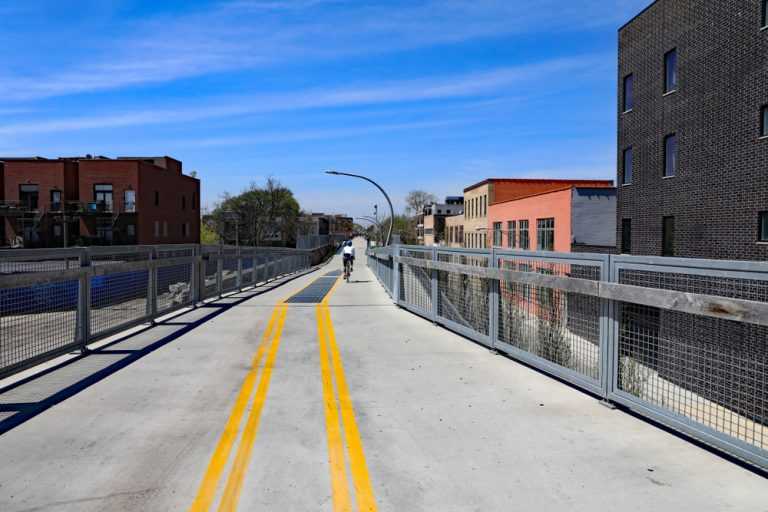 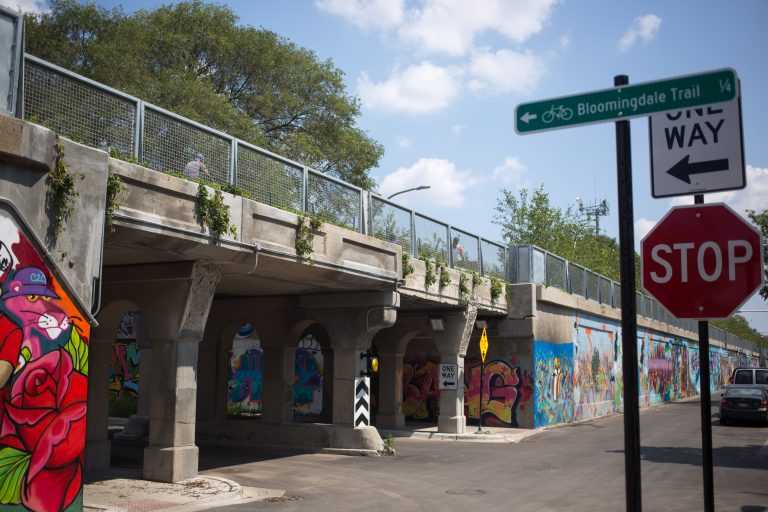 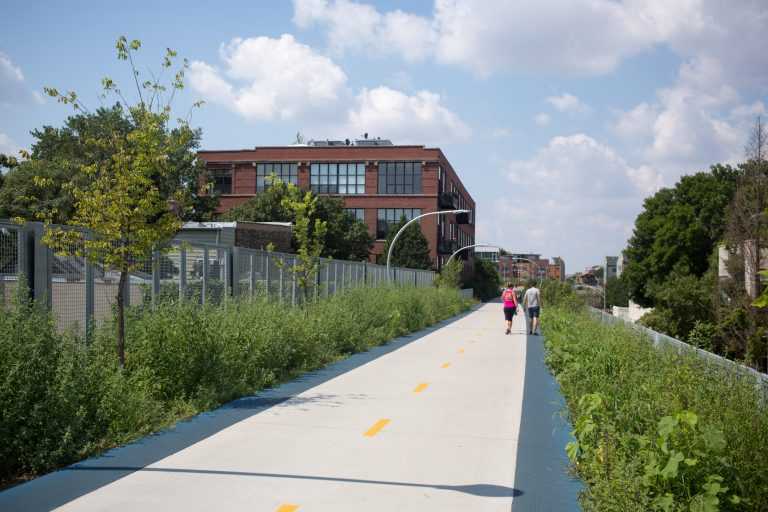 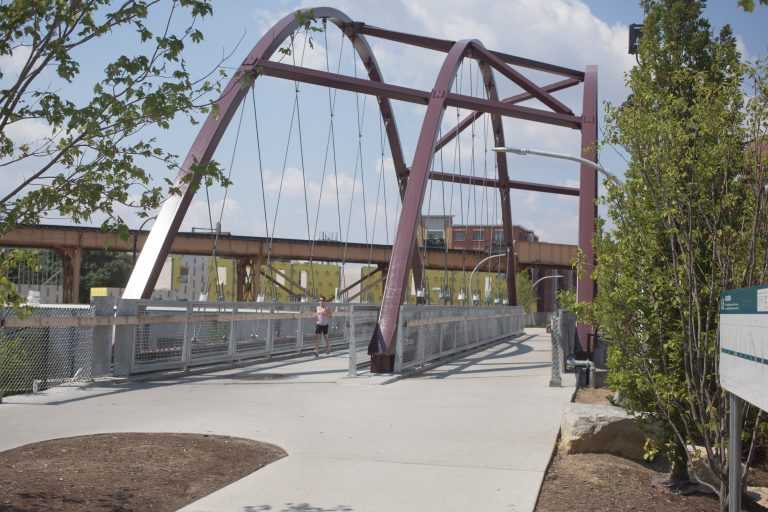 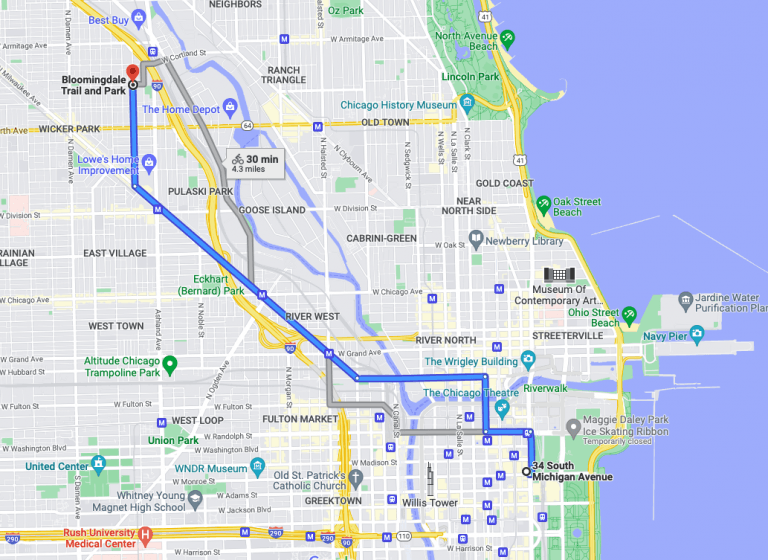 The Bloomingdale Trail is a 2.7-mile (4.3 km) elevated linear park running east–west on the northwest side of Chicago. It is the longest greenway project of a former rail line in the Western Hemisphere, and the second longest in the world, after the Promenade plantee linear park in Paris. In 2015, the City of Chicago converted the former Bloomingdale Line into an elevated greenway, which forms the backbone of the rail trail and the trail network called The 606. The Bloomingdale Trail elevated park is in the Logan Square, Humboldt Park, and West Town neighborhoods.

From Millennium Park its about 4 miles to get there, a quick 30 minute ride. The trail itself is about 3 miles.

In total 14 miles round trip.

You can either take the CTA train or ride back to Millennium Park.